The Pacman ghosts: Insights you never knew before 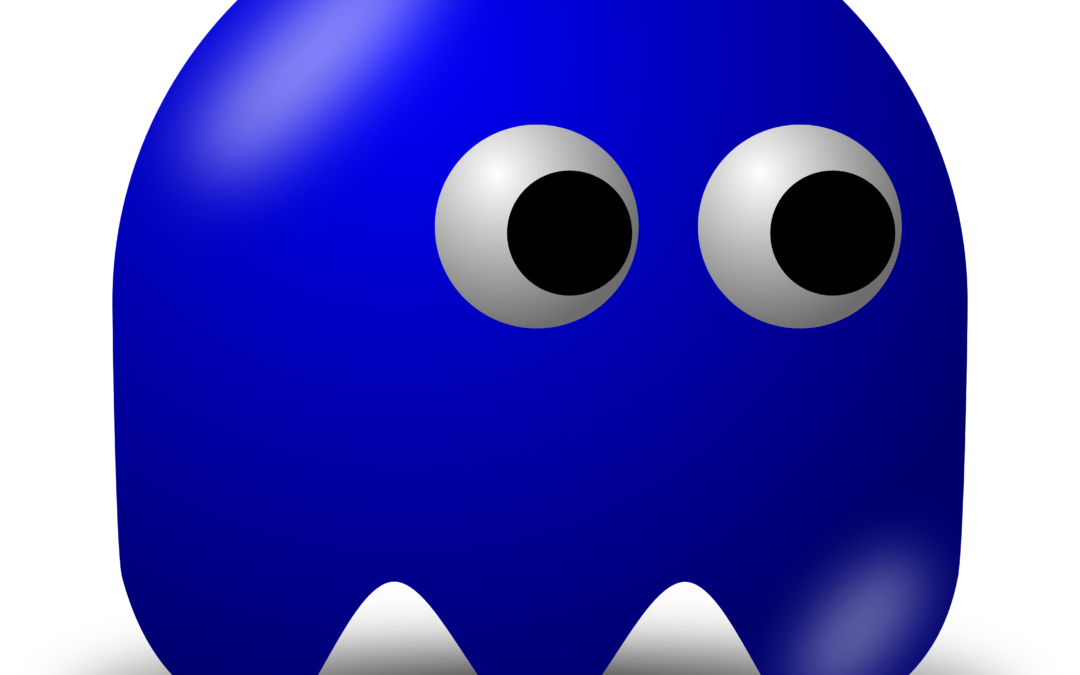 Not new to Pac-man video games, especially the pacman ghosts? So instead of getting in to the introduction of ​​pac man games, let’s delve into some important information about Pacman ghosts.

Despite the fact that ghosts are frequently harsh and mischievous, some have been proven to be lovely, however the majority have taken pleasure in provoking Pac-Man.

They must be cautious, however, because Pac-Man has a habit of devouring them whole, which generally occurs when a Power Pellet is obtained. They are ghostly beings who live in Ghost Land and occasionally travel to Pac-Land to cause mayhem.

What are the 4 ghosts in PacMan?

The Ghosts are also named as Monsters or Ghost Monsters. These are the major antagonists of the Pac-Man series, having previously antagonized Pac-Man and all PACMAN doodle. The four main ghosts in pac-man are Blinky, Pinky, Inky, and Clyde – are the well known ghosts, having acted as villains and heroes throughout the game.

What are the features of Pacman ghosts?

Let’s begin with the fundamentals of the Pac-Man movement. The ghostly group consists of three basic modes: Chase, Scatter, and Frightened. Chase is typical Pac-Man gameplay, Scatter is when the ghosts disperse to their respective corners, and Frightened is a pure free-for-all in which Pac-Man can devour up his foes.

Though the setup is simple, learning that Chase and Scatter might provide you with an opportunity to regroup could be a game-changer for you. Understanding the differences in how each of the ghosts operates is also quite useful at this point.

The most challenging component of building Pac-Man was putting up the ghost algorithm.  Each ghost has a goal tile that determines how they move and where they’re going. All Pac-Man choices, like the game’s name suggests, were made after careful consideration.

Of course, Blinky, the lone ghost who begins outside the Ghost House in the center of the screen, is the best place to begin.

Blinky is constantly close behind Pac-Man. All through the game, he gains 5% speed boosts at random intervals, and even in Scatter mode, his goal tile is exactly wherever Pac-Man is. That indicates he’s virtually laser-focused, so keep an eye out for this tiny speed demon, especially while he’s in Scatter mode and lounging out in the top right corner.

Pacman Ghosts: To Each Their Own

Even if Blinky would be enough to keep you occupied, you must be aware of the behaviors of all the other ghosts, including one who trails his lead. Because Inky’s placement is dependent on dividing the difference between Blinky’s and Pac-Man’s position, it turns to Blinky for inspiration. When it’s time to scatter, look for this little fellow in the lower right corner.

Pinky’s job would be to anticipate the future if he had one, because he targets four tiles ahead of Pac-Man. Once you’re aware of this, it’s rather simple to stay one step ahead of him. He disperses in the upper left corner.

As his non-rhyming moniker suggests, Clyde does things differently. He matches with Blinky when he’s more than eight tiles distant from Pac-Man. When he gets any closer, he switches to Scatter Mode in the lower left side of the screen.

That is all there is to it. You must be ready to tackle the successful (and profitable) arcade classic now that you’ve gotten to know the ghosts of Pac-Man (as well as their normal strategies of attack).

​​Why do the ghosts turn blue in Pac-Man?

Power-pallets are the weakness of the ghosts. Evertime, Pac-Man eats one, the ghosts turn blue, so Pac-Man can eat them. You’ll find Pacman eating ghosts frequently in the game.

How to draw pacman ghosts?

Interesting enough to draw your attention. Well if you are a big fan of the pacman ghosts & wondering how you can draw them? It’s quite simple. Go online, find any tutorial video, learn the basics & draw them.

It’s worth noting that you must have a good hand in drawing different shapes if you want to excel in drawing pac-man ghosts.

Who is the fastest ghost in Pac-Man?

Pinky is the fastest ghost in the pac-man. Pac-Man begins the game at 80 percent of his max speed. Pac-Man has reached full speed even by fifth level and will proceed to do so till the twenty-first. He then lowers the speed to 90% and maintains this speed for the rest of the game.

When Pac-Man consumes a standard dot, he stops moving within one frame (1/60th of a second), delaying his speed by around 10%— for a ghost to catch up to him. Pac-Man will halt moving for 3 frames after eating a monster energy dot.

What are Pacman ghosts names?

Ghosts of Pac-People appear in a broad range and form in Pac-Man and the Ghostly Explorations, but the bulk of them mimic the most popular appearance of poltergeists with round heads and wispy tails in a wide range of colors. Pac-man ghosts names are as follows:

What is the in-game behavior of ghosts?

Ghosts are restricted from moving unless they approach an intersection. Once a ghost reaches an intersection, it will act differently. Some may move arbitrarily, whilst others concentrate on chasing or setting traps. Sometimes, the ghosts may return to scatter mode, attempting to disperse themselves throughout the maze’s four corners.

What are some Surprising facts about the Pac Man arcade game?

Some Pac-Man ROMs include a “rack test” option that allows the cabinet owner to go ahead to the next level of the game at any time. The rack test toggle inside the machines is currently the only known means to legitimately get over level 256.

As a consequence, the game returns to the initial board, but with the score remaining intact and the ghosts acting as if it were level 21 or higher

Several of the Pac-Man ROMs accessible for use with the MAME emulator include a rack test option, making it quite simple for people without access to an arcade edition to go to the split-screen and much more.