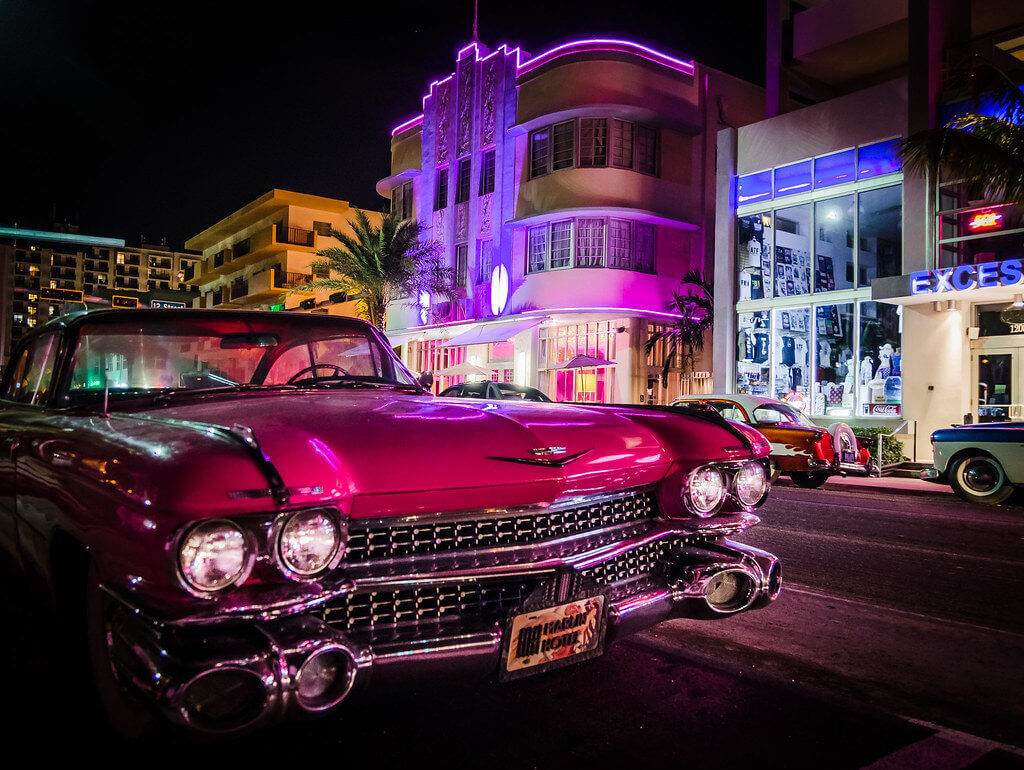 A lot of people still wonder what fashion trend did “miami vice” help make popular? Miami Vice is a famous TV series that comes out in the 1980s. This series had a great impact that was beyond expectations. The main character of the series was Sonny Crockett. Don Johnson played this role. This role had a significant impact on the American culture of that time. Besides leaving the impacts, the most notable feature is the fashion trend of Miami Vice that still exists.

The shooting of this show took place in Miami to include originality in the show. Sonny Crockett, Ricardo Tubbs, and Det were the characters that brought life to the show. Without these characters, the show would be a great flop. The series consists of five seasons and made fashion trends which are still followed.

The character of Sonny Crockett was never seen with socks in the entire show. He wore blazers with formal shoes. This did not take much time in becoming a fashion trend. Even people today follow this fashion trend when they wear shoes and blazers.

The stars in the show wear pastel colors that will catch your attention. The colors looked so bright and charming that they will attract you. This also has become a fashion trend in the 80s. The interesting fact is this fashion is again trending nowadays. The characters in the show had not worn dark colors.

Another trend that can be the answer to what fashion trend did ‘Miami Vice’ help make popular? is wearing V-neck T-shirts. The characters of the popular show along with jackets and trousers wore these V-neck t-shirts. Also, t-shirts are tucked in the trousers just like the character in the show does. This trend is also a part of 2021’s fashion.

One of the characters of the show , Ricardo Tubbs only carried the fashion trend of wearing unique style blazers. The type of blazer he wore in the show was double-breasted and sleek. The blazers have to be matched with the trousers too. The trend also includes rolling sleeves along with wearing a t-shirt inside it. This type of dressing is still considered a fashion trend and is followed by young people today.

Use of Shoulder Pads

Miami Vice characters use shoulder pads in blazers, jackets, and even in t-shirts. You cannot imagine the show without shoulder pads in the tees or blazers. This is what answers what fashion trend did ‘Miami Vice’ help make popular?

Sonny Crockett’s first time use Rolex was in 1980 in Miami Vice. Later this trend became popular among the youth. Rolex then emerged as a brand and became famous among people of all ages. Rolex is still an incredible brand and people buy it proudly.

What fashion trend can ‘Miami Vice; help make popular is short hair. Women love their hair. They never want to cut them. But for the first time in the 1980s in the Miami Vice series, the fashion of short hair was shown. Two characters played their roles very well. They carried the short hair in such a great way that it becomes a trend. Women are now adopting different hairstyles in short hair and are proudly living with their short hair. Bangs, curls, and short hair are now in trend.

Use of Wayfarer Shades

Wearing Wayfarer shades is the most important part of the classic TV show. Miami Vice was the series that introduced this trend. It’s been years now but this fashion is still in trend. It’s crazy to think of the fact that after 40 years a TV show still influences the city. Miami Vice was an excellent show and one of the best shows of its time.